2019 has been an incredible year for All Hours Plumbing, Heating & Air. Not only have we helped hundreds of homeowners throughout the state, but we are continuing our work with local charities. This year we once again participated in The Red Dress Dinner. Put on by women for a local charity, the Red Dress Dinner is an annual fundraising event that boosts local interest in charity work that impacts women in our community. This year, the event raised money in an effort to help stop human trafficking. Not only is human trafficking a major issue facing modern-day society, but it is at an all-time high, according to Utah Attorney General Sean Reyes. 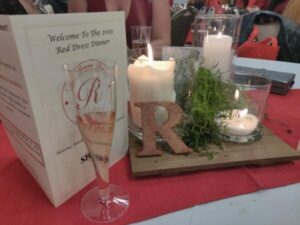 Along with its effects around the state, sex trafficking is known as modern-day slavery. The International Labor Organization even estimates that it affects 40.3 million victims globally, with hundreds of thousands in the United States. In 2018, there were 76 confirmed cases of human trafficking in Utah and over 100 more unvalidated cases. Fifty-three of those confirmed cases were for sex trafficking, with 49 of these being women. Sex trafficking is an international crime that has grown into a tragic global problem that affects more people than you would ever realize, but it is also rampant in Utah.

While the numbers show how deeply affected our community is by sex trafficking, it doesn’t account for unreported cases. Imagine how many women, men, and children we can prevent from becoming victims. The Red Dress Dinner helped raise awareness and donations to fight sex trafficking.

All Hours Plumbing, Heating & Air participated in the Red Dress Dinner and SHEROES United to help end human trafficking. These efforts will go towards funding a project that will develop training for local hotels, motels, and even the TSA airport security on how to spot and stop human trafficking. 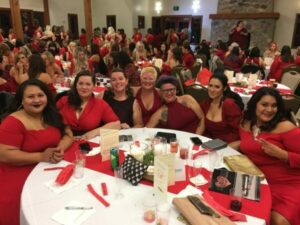 During the event, a raffle/ auction helped raise funds. Participants purchased raffle tickets throughout the evening. While the event has passed, you can still donate to the cause by contacting reddressdinner@gmail.com.

We had such an incredible time dressing up and enjoying a fun night out while raising funds for a local cause. If you would like to get involved in future events, then please learn more about next year’s Red Dress Dinner. That way, you can leave the boys at home and grab your best gal for a girl’s night out, too.

All Hours Plumbing, Drain Cleaning, Heating, and Cooling provides affordable plumbing, HVAC and fireplace services in Salt Lake City, UT. We offer 24 hour emergency services and we’re dedicated to providing the absolute highest quality service at the best prices. We don’t over bid, and we don’t under bid with the idea of tacking on hidden fees; we simply give honest prices with honest answers.

Our complete lines of Salt Lake City plumbing and HVAC services include everything from drain cleaning and water heater replacement, to air conditioning repair and furnace maintenance. No matter what you need (or when you need it!), when it comes to your plumbing or HVAC, we have you covered. Reach out to us when you need plumbing, HVAC or fireplace help, and we’ll show you how easy it can be to get your home’s systems working well again soon!

Read More + Read Less -
About Us

We won’t underbid or overbid your project. The price you see on your quote is the price you’ll pay for the work we do.

We will leave your work area cleaner than when we arrived, or we will pay for a cleaner to come through.

No matter when you call us, someone will answer the phone. And once help is on the way, we'll always arrive on time.

We won’t underbid or overbid your project. The price you see on your quote is the price you’ll pay for the work we do.

We will leave your work area cleaner than when we arrived, or we will pay for a cleaner to come through.

No matter when you call us, someone will answer the phone. And once help is on the way, we'll always arrive on time.